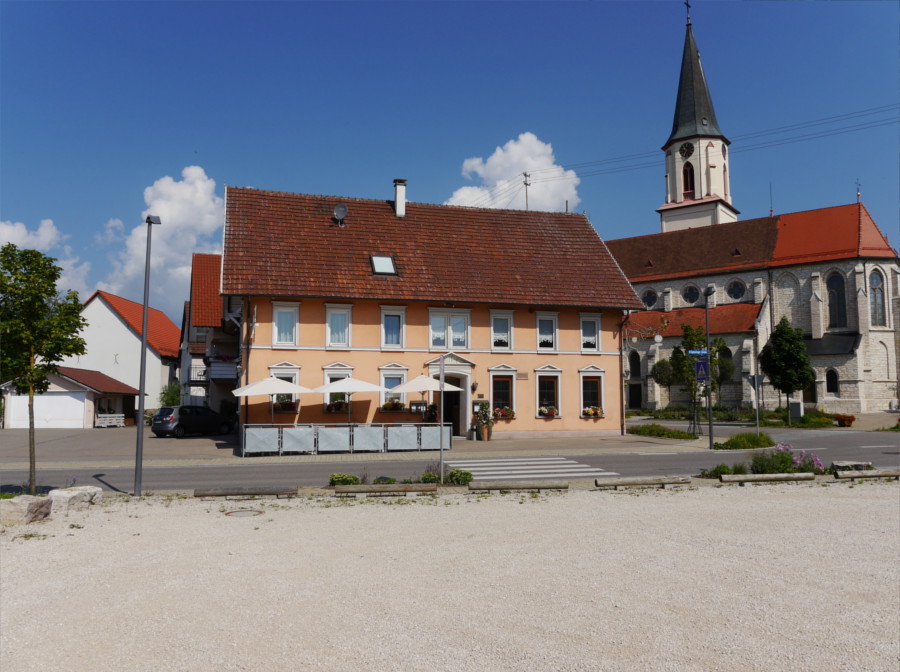 History of the Adler

1935 the father of Franz Metzger bought the former "Sonne" for his son and his wife Anna. From this time on Franz and Anna Metzger run the "Adler". They had 2 children Manfred and Franz. Franz Metzger died in Italy during the 2nd World War in 1944.
Since then "Adler hostess" Anna Metzger operated the "Adler" by herself together with her 2 sons.
1968 Manfred Metzger sen.  and his wife Paula Metzger took over the "Adler". At this time the restaurant was heavily influenced by agriculture. Gradually they reduced the agricultural part where they ceased with the keeping of animals and focused more and more on the business part of the restaurant. Manfred and Paula have 3 children. Andrea who died at the age of 6 years, Brigitte and Manfred.
1972, to suit the changing times and the demand for accommodation, an annex with 5 guest rooms was built.
1996 one of the largest construction phase in the Adler. They tore off scouring and stable and built an annex with guest rooms, hall extension, new kitchen, the restaurant Adlerstube and an private apartment.
In 2000 Manfred Metzger jun. and his wife Veronica took over the Adler. They have 2 children Leah and Rico.